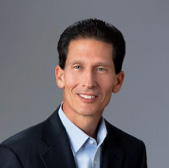 Bob Okun is currently President of “The O Team”, a Washington DC based government relations, media business strategy firm, he formed in early 2011. He also holds the position of Chairman and CEO of ThanksUSA, a non-profit group which raises funds to help underwrite the educational expenses of children and spouses of the men and women on active duty. This includes all branches of the armed services, including the National Guard and Reserves.

Prior to starting his own firm, Bob served for 16 years as Vice President Washington for NBCUniversal. As head of NBC’s Washington office he was responsible for the development of NBC’s policy positions on legislative and regulatory issues and representing NBC’s positions to the Congress, the Administration and the FCC. Bob has served as Assistant Secretary for Legislation and Congressional Affairs at the U. S. Department of Education (1991-1992) and was Floor Assistant to former House Republican Leader, Robert Michel. In this position, he served as principal liaison to the Senate, as well as to governors, mayors and other leaders and groups involved in the legislative process.